The Story of Sixtus Lodge

“city children should be allowed to experience pioneering and bush life”

By 1975, Outdoor Education camps for Intermediate-age children were becoming very popular, but the one suitable camp in the Wanganui Education Board are, Mangatepopo, had a waiting list. Recent fuel increases had made transport very costly for Palmerston North classes. An Intermediate Normal PTA meeting in early 1975 decided to look for a site in the Ruahine Rages with nearby bush, streams and tussock land within 50 miles of Palmerston North.

In late March, Johan & Sigga Bonnevie, while searching for a suitable area, met Mr Les Sixtus at the end of the Umutoi North Road and told him of their quest. Les had a long-held dream that “city children should be allowed to experience pioneering and bush life”, so offered a site, free of charge, on his land. This was accepted enthusiastically at the next PTA meeting! 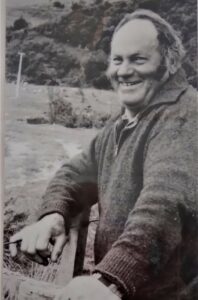 In early 1976, other local Intermediates were invited to join the project under the dynamic leadership of John Crone. A committee was set up to deal with all aspects of a new Outdoor Education Centre – site, building plans, legal matters, fiancé, environment, and landscaping and dealing with local bodies.

Construction was commenced in June 1977 and the builders completed their work in August. Then it was over to the voluntary weekend parties to complete the job with paperhanging, painting, vinyl and carpet-laying etc. By late October 1977 the Lodge was completed – the first group of teachers had been through an orientation course and the first class was there (Room 16, Helen Moffit’s class, from Palmerston North Intermediate Normal).

The building was officially opened on the 10th December 1977 by the Minster of Education, Mr Les Gander and officially named “Sixtus Lodge” after the farmer who donated the site and was such an enthusiastic supporter of the project.